The Smoke Clears on Medical Cannabis for Injured Workers 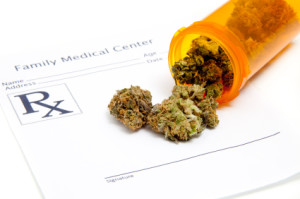 Ms. Lewis suffered a work injury in 1998 and had been using medical cannabis after lengthy treatment failed to resolve her pain issues.  She underwent several surgical procedures and was diagnosed with post-laminectomy syndrome in her lumbar region.  She suffered chronic pain and had taken numerous drugs as part of her pain management, including Oxycodone, Oxycontin, Norflex,  Soma, Gabapentin, Lyrica, Percocet, Fentanyl and Zantac.  The issues concerning Worker’s treatment arose in April of 2012 when the Employer filed an Application requesting an independent medical examination (IME) to determine the scope of reasonable and necessary treatment for the Worker.  The IME physician supported Worker’s request to use medical cannabis to control the pain as reasonable and appropriate.

Ms. Lewis was originally certified to participate in New Mexico’s Medical Cannabis program in March 2010.  In 2012, Dr. Carlos Esparza, Worker’s authorized health care provider provided a written certification to re-enroll her in the program.  Dr. Esparza certified that the Worker had debilitating medical conditions including severe chronic pain and that Worker had “current unrelieved symptoms that have failed other medical therapies.”  Dr. Esparza stated, “the benefits of medical marijuana outweigh the risk of hyper-doses of narcotic medications.”  A second doctor, Stephen Rosenberg also signed the certification for Worker’s enrollment in the medical cannabis program (the rules regarding enrollment for the medical cannabis program have since changed, and currently only one doctor’s signature is necessary to certify a patient for participation in the program due to chronic pain).

A trial was conducted on August 8, 2013 in which the WCJ found that the Worker’s authorized provider had recommended Worker as a candidate for medical cannabis under the Compassionate Use Act.  Employer appealed and argued that because one of the doctors certifying Ms. Lewis for re-enrollment in the program was not an authorized physician under the Workers’ Compensation Act, there was insufficient evidence to support Employer reimbursing Worker for cannabis.  The Court of Appeals found that while two doctors may have been necessary to enroll a patient into the medical cannabis program, it is not necessary for two doctors to determine whether a worker’s participation in the program constitutes reasonable and necessary medical treatment under the Workers’ Compensation Act.  The Court found that although Dr. Rosenberg’s certification may have been necessary for Worker’s enrollment in the program, it was not required to establish the reasonableness and necessity of Worker’s medical care under the Workers’ Compensation Act.  The Court also found that there was sufficient evidence to support the conclusion that medical cannabis was reasonable and necessary treatment to treat Worker’s chronic pain.

Employer then argued that the order requiring it to reimburse Worker’s purchase of medical cannabis raised a conflict between federal and state law and that federal law preempted  state law rendering the WCJ’s order without effect.  While the Court agreed that the Controlled Substances Act, 21 U.S.C. §§ 801-904 (2012) conflicts with Compassionate Use Act, the Court cited its prior decision in Vialpando v. Ben’s Automotive Services, noting that the employer in that case had failed to demonstrate that the order would have required it to violate a federal statute and that federal public policy was ambiguous in contrast with New Mexico’s clear public policy expressed in the Compassionate Use Act.

The employer in this case attempted to distinguish Vialpando, citing a memorandum from the U.S. Department of Justice and identifying specific federal statutes it felt would implicate Employer’s activity in carrying out the WCJ’s order.  According to the Employer, New Mexico’s statutory and regulatory scheme, under its medical cannabis program, is not sufficient to satisfy the Department of Justice’s requirements that rest on the expectation that states that have enacted laws authorizing marijuana related conduct will implement clear, strong and effective regulatory enforcement systems in order to minimize the threat posed to federal enforcement priorities.

The court of appeals dismissed Employer’s argument that there was insufficient oversight in Worker’s participation in the medical cannabis program to comply with the directives set forth in the memorandum from the Department of Justice, and that the Employer faced federal exposure for reimbursing Worker’s purchase of medical cannabis.  The employer argued that it could be liable for a violation of the Controlled Substance Act by way of conspiracy by aiding and abetting Worker’s purchase of a controlled substance.  The Court of Appeals found Employer’s argument to be speculative in view of existing Department of Justice and federal policy.  The Court noted that the 2015 federal budget directs that none of the funds made available to the Department of Justice could be used to prevent the enumerated states, including New Mexico, from implementing laws that authorize use, distribution, possession or cultivation of marijuana.

The Court concluded that in light of the equivocal federal policy and the clear New Mexico policy, as expressed in the Compassionate Use Act, it would decline to reverse the WCJ’s order.  The Lewis decision, for all intents and purposes, closes the book on the debate regarding the propriety of medical cannabis as medical treatment for injured workers, barring a monumental change in course from the federal government.

Taking a cue from the court of appeals, on October 1, 2015, the Workers’ Compensation Administration implemented new rules, including 11.4.7 NMAC, which specifically recognizes medical cannabis as a form of treatment for injured workers.  Rule 11.4.7.9 allows the Workers’ Compensation Administration to set the maximum payment that a Worker may be reimbursed for medical cannabis and states that medical cannabis may be a reasonable and necessary treatment “only where an authorized health care provider certifies that other treatment methods have failed.”  The rule states that “at least one physician certifying for participation in the medical cannabis program shall be an authorized health care provider.”

The rules are somewhat problematic in that they appear to take on the role of physician in determining that medical cannabis may only be considered reasonable and necessary when a health care provider certifies that other treatment methods have failed.  It is unclear whether this provision will cause disputes regarding other prescriptions workers might have in conjunction with medical cannabis.  Moreover, the provision requiring a physician certifying a worker to participate in the program shall be an authorized health care provider, would apparently prevent a worker who is already certified in the program from becoming eligible for reimbursement by nature of the worker’s authorized health care provider simply stating that the worker’s participation in the program is reasonable and necessary treatment for the work injury.

In Maez v. Riley Industrial and Chartis, No. 33,154 (N.M. App. 2015), the latest case to address medical cannabis in workers’ compensation cases, the New Mexico Court of Appeals overturned the decision of Workers’ Compensation Judge (WCJ) David Skinner, who found that the worker’s doctor had not prescribed medical marijuana and that medical marijuana was not reasonable and necessary medical care. Previously, in Vialpando v. Ben’s Automotive Service, 2014-NMCA-084, 331 P. 3d 924 (2014), the court of appeals affirmed the finding of Judge Terry Kramer that a worker’s participation in New Mexico’s medical cannabis program pursuant to the Lynn and Erin Compassionate Use Act (Compassionate Use Act), NMSA 1978 ¶¶ 26-2B-1 to -7 (2007), constituted reasonable and necessary medical care under the Workers’ Compensation Act. In Vialpando, the employer was more concerned with the legality of reimbursing a worker for medical marijuana and the lack of a formal prescription than the question of whether the worker benefitted from medical marijuana. In Maez, the employer and insurer raised the question of reasonableness and necessity of medical cannabis in light of some perceived ambiguities in testimony by the treating physician, but the court of appeals still found in the worker’s favor, further establishing a foothold for medical cannabis as a viable treatment option for injured workers.

In his deposition testimony, Dr. Reeve also stated that he was “not recommending or distributing or in any way advocating for the use of medical cannabis.” However, while the court agreed that Dr. Reeve may have not recommended medical cannabis to the worker or advocated for its use, he nevertheless made it part of his treatment plan after finding that the traditional pain management was not successful for the worker. The court found that it could not accept the idea that Dr. Reeve would certify for the worker for the medical cannabis program solely on the worker’s request without using his own medical judgment.

In hindsight, one could infer that Dr. Reeve’s testimony was at least in part motivated by not wanting to appear to be too involved in the process at a time when the perceived threat of possible professional or legal repercussions from advocating for the use of medical cannabis was more prevalent. That was then. Today, the legal and medical landscape is markedly different, as more and more states adopt their own medical cannabis statutes, while the threat of criminal prosecution diminishes. In fact, the 2015 federal budget prohibits the Department of Justice from spending federal funds to prosecute participants in the 32 states that currently have medical cannabis programs. Consolidated and Further Continuing Appropriations Act of 2015, Section 538. 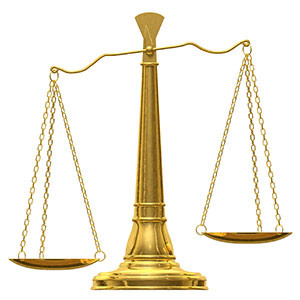 In the case of Victoria Eskelson v. Miners’ Colfax Medical Center and New Mexico Risk Management Division, the New Mexico Court of Appeals ruled that Ms. Eskelson, a non-participating victim of a horseplay incident was entitled to receive workers’ compensation benefits. Ms. Eskelson was injured when a co-worker picked her up off the ground by her neck. The employer refused to pay for her surgery or time off work, stating that the claim was barred because the injuries resulted from horseplay.