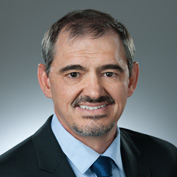 Peter D. White, Attorney has been providing legal services since 1992. The law firm of Peter D. White, Attorney, focuses primarily on representing people who are injured on the job. We also represent people injured due to the negligence of others in automobile collisions and help people resolve insurance related disputes. We represent people from northern New Mexico, including Los Alamos, Espanola, Taos, Raton and Las Vegas in litigation, trials and appeals.

Mr. White is an Martindale-Hubble A-V rated attorney who has been practicing law for over 27 years, devoting the majority of his practice representing injured workers in workers’ compensation claims. He served on the Farm & Ranch Labor Task Force, and has presented for the past decade for the workers’ compensation section of the New Mexico Trial Lawyers’ Foundation Annual Tort Law Update. He is a past President of the New Mexico Trial Lawyers’ Association and past editor of the workers’ compensation section of the NMTLA Journal.  He is a member of the State Bar of New Mexico and the Federal Bar.  Mr. White received his B.A. from Colorado College and his J.D. from University of New Mexico School of Law.